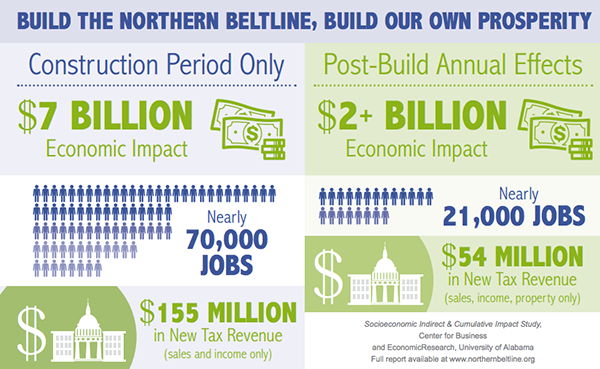 In June, ALDOT filed application with the U.S. Army Corps of Engineers for the permit required before beginning construction on the 3.4 miles of the Northern Beltline between AL Highway 79 and AL Highway 75, the first portion slated for construction.

On Friday, December 21, ALDOT submitted the final data and information necessary to meet the permit requirements under the Clean Water Act.

The interstate highway system, born in the 1940s from the discerning mind of the future President Dwight D. Eisenhower, has been an extraordinary engine driving economic growth and enriching quality-of life in America ever since its launch in 1956.

The interstate highway system democratized mobility in the United States, endowing virtually all Americans with the freedom to move quickly to any destination within their communities, throughout the country, inexpensively, and when their individual needs required it. America became a nation on wheels — reaping benefits from an individual mobility that are unrivaled anywhere in the world.

A vast region of the United States — 205,000 square miles with 25 million people, known as Appalachia — was not included in the national interstate highway system. The terrain is rugged. Building roads in such terrain is expensive, thus much of this region was excluded from the original interstate system.

Letter From The Chairman 2012 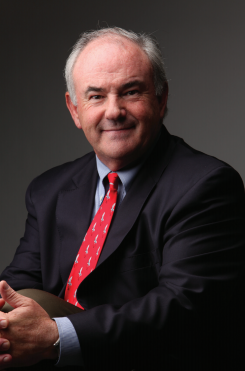 Although we cannot yet drive by and see physical construction activity along the Northern Beltline route, 2012 brought significant accomplishments that should allow us to do exactly that in 2013.

The FEISR incorporates all of the information in ALDOT’s prior 306-page Federal Environmental Impact Study (FEIS) and only adds any new information to the FEIS. The FEISR is a 1,480-page document that not only cleared the required regulatory and legal process of the Alabama Department of Transportation (ALDOT) and FHwA, but was also reviewed and approved by multiple other federal, state, and local agencies according to their areas of expertise.

Birmingham has benefited from the 459 loop around the southern perimeter of our city. It saves time, allowing travelers to bypass downtown traffic. It has also made the suburban areas south of the city into some of the fastest growing, most prosperous areas of our state. The Northern Beltline could do the same for the areas north of Birmingham.

Why would anyone appose it?

The Northern Beltline in Jefferson County will improve  accessibility across the region, as well as create jobs and economic growth, and is widely supported across the region. But, radical environmental groups have been fighting the project. Now, JobKeeper Alliance is fighting back.

JobKeeper Alliance, a job-focused nonprofit organization is concerned that the Southern Environmental Law Center (SELC) will try to use a federal lawsuit the group filed over 30 months ago to block the start of construction on the Northern Beltline, which Governor Robert Bentley ® has recently announced will begin in early 2014.
…
JobKeeper Alliance has been a vocal supporter of the job-creating highway project. On Wednesday JobKeeper announced that it believes SELC filed the lawsuit to delay the project while the law firm and Black Warrior Riverkeeper attempted to erode public support for the Northern Beltline through an aggressive PR campaign focusing on the cost of the project.

Read the FULL STORY at The Alabama Political Reporter.