Posted by Coalition for Regional Transportation 5sc on July 11, 2016

Our conversation series with local Northern Beltline supporters continues with Charles Webster, mayor of Clay, Ala. The City of Clay submitted a resolution of support for the Northern Beltline alongside 46 other government stakeholders, and, today, we hear his thoughts on the project.

Clay is located in northeast Jefferson County. The city was incorporated in 2000, and, according to the 2010 U.S. Census, it has a population of 10,000 people.

Although Clay is growing, Mayor Webster is quick to point out that the city currently does not have any interstate exits. With that in mind, Mayor Webster believes that the Northern Beltline could be a great asset to the community. “The Northern Beltline would give us better access to the interstate system. People who live in Clay and work downtown will appreciate a route that will reduce their commute time.” 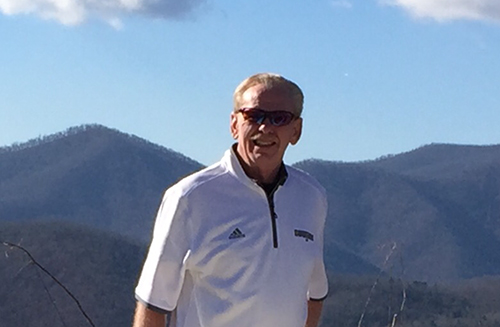 Along those same lines, Mayor Webster noted that a significant number of Clay residents work outside of the city. Moving forward, he wants to focus on recruiting larger industries that will employ the people of Clay.

“If we can attract new industries and employ people here, then we’ll see new restaurants and hotels emerge,” he shared. “If we have more places to eat and lodge, then we’ll be able to bring in baseball tournaments and develop new assets like a BMX course – something that we’ve been considering for a while.”

In order to recruit new businesses and spark additional economic growth, leaders in Clay will continue to invest in efficient surface transportation systems. Mayor Webster believes that connecting Clay to other communities “will increase access to important regional events, which gives you a chance to grow.” He also understands that it’s important to encourage “people to come through our community who typically never pass through it.”

Thankfully, the Northern Beltline will connect Clay to many communities throughout the region.

Mayor Webster also recognizes the value of safe surface transportation systems, which is why he is committed to improving roads throughout the city. According to Mayor Webster, “As far as roads go, we’re in pretty good shape. We reserved money for paving our streets, and, in the next few years, we’re hoping to pave every road in the city.”

Like many other Northern Beltline supporters, Mayor Webster understands that the project is going to take time. When asked about the construction timeline, he responded by saying, “It’s worth the wait. We’re planning for the Northern Beltline. We’re making sure that we’re ready for it.”

In his opinion, a highway corridor of this magnitude requires preparation, and he has led the Clay community to incorporate the Beltline and its many economic benefits into city planning. “We changed our city master plan because of the Beltline. Our planning and zoning teams are thinking through the possible added benefits of the roadway,” he shared.

On a more light-hearted note, Mayor Webster also is looking forward to riding his motorcycle on the Northern Beltline. “I travel a lot on my motorcycle – this section of the interstate will probably be one of the most scenic in the state,” he said.

We could not agree more.