Construction Has Begun on Northern Beltline

Posted by Coalition for Regional Transportation 5sc on April 21, 2014 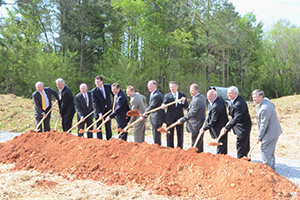 The first shovels of dirt have been turned, signaling the beginning of construction on the long-awaited Northern Beltline.

The ceremony took place at the first 1.34 mile Beltline segment, between Alabama Highways 75 and 79.

When completed, the 52.5-mile Beltline will run through the western and northern part of Jefferson County and join existing I-459 in Bessemer to I-59 near Argo.

“At long last, this much needed project is now officially underway,” said Mike Thompson, CEO of Thompson Tractor and Chairman of the Coalition for Regional Transportation.

“The Northern Beltline will have such a positive economic impact on our children and grandchildren.  This project will allow our metropolitan area to catch up to our neighboring southeastern states in transportation infrastructure that is so important to the continued growth of our area,” Thompson said.  “Our citizens deserve no less.”

The Beltline project is expected to have a major economic impact on Birmingham, Jefferson County and surrounding cities and counties. 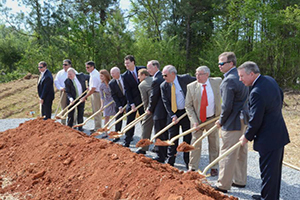 “Not only will it attract more jobs and capital investment to the area and be constructed in an environmentally thoughtful way, it will provide a safe and more efficient way to travel throughout our region and ease congestion on many of our roadways, Hilson said.

Supported by 42 area municipalities and county governments, the project is fully funded by federal dollars under the current federal highway bill.  No state or local funding is required.

Other benefits of the Beltline construction: